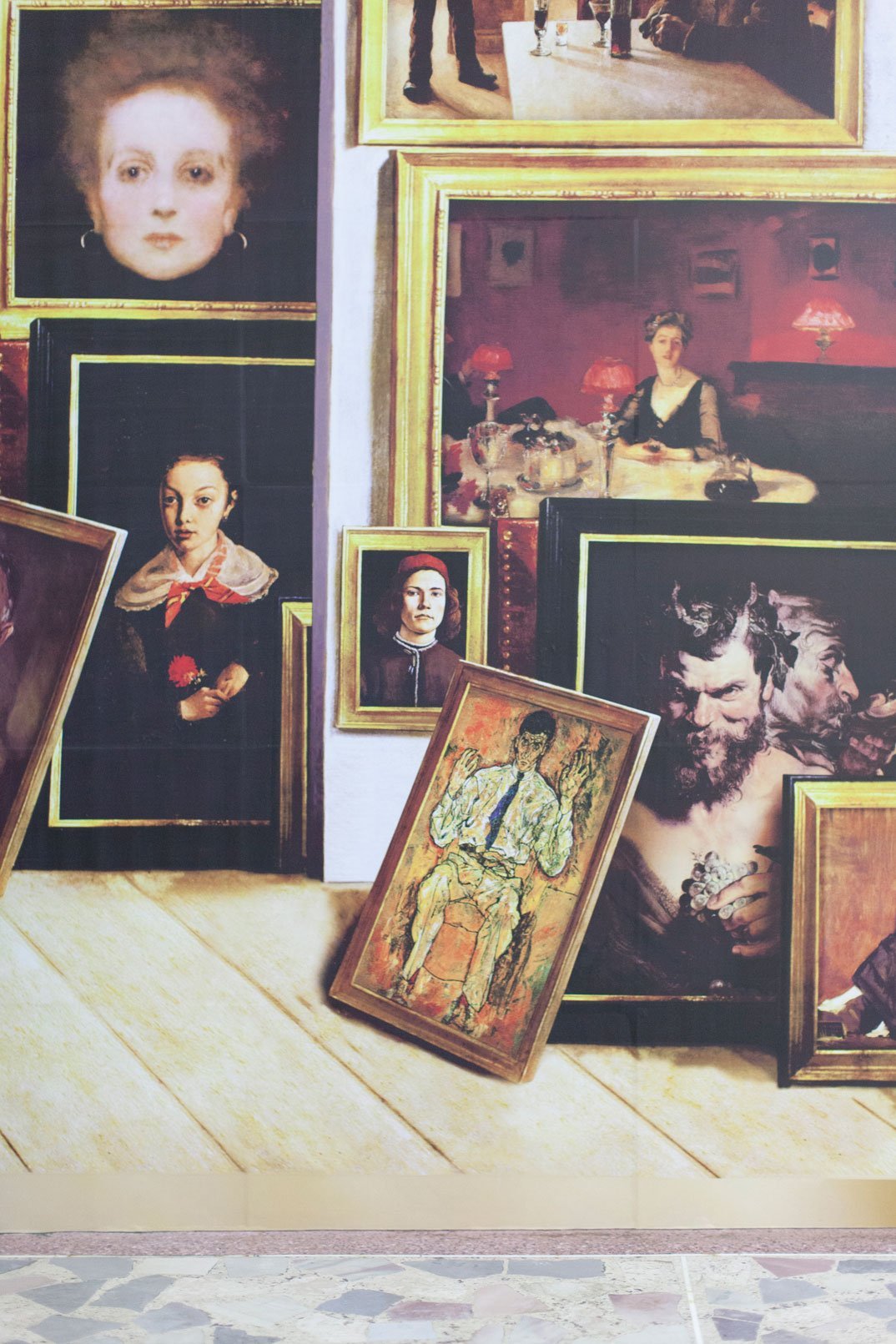 During the nineteenth century, the halls of various palaces (the residence of the nobility) in Europe were adapted to become museum galleries, creating an expography based in the accumulation of paintings in a vast and continuous building that held the many pieces of a collection (be it public or private)— very different from contemporary museums, which are often conceived of as open and fluid spaces. In theory, the white cube emerged to prioritize the artwork on display, without the interference of its surrounding space, including even frames. The work of Pazé humorously recovers the expography of accumulation, testing not only our senses, but also the reproducibility of art on a global scale—possible since the emergence of printmaking— that he is able to recreate via design and adhesives. In this new show, this expographical piece also refers, as much as via the visual aspect of vinyl as by the act of glueing it, to the museum’s commercial gallery stores. Thus the piece hides the opulence of Louvre building’s central slab of marble that covers the central elevator shaft. According to the precepts of modern architecture, ornament is a crime; many may think the same of hiding the great luxury at the exhibition’s entrance in adhesive replicas.