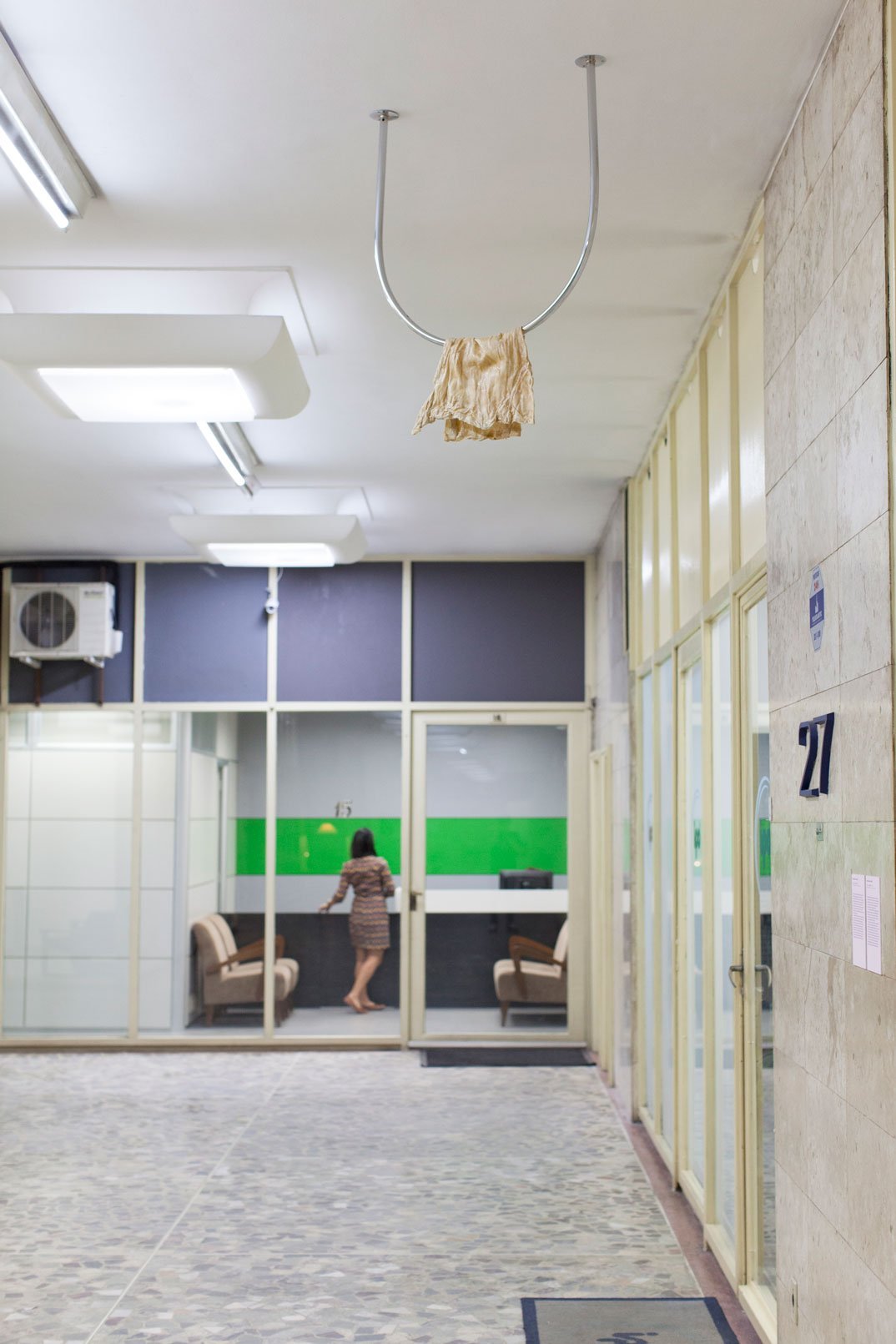 Cas(c)a/\Carniça directly addresses the issues that divide male and female. Cibelle explores the tensions between skin and clothing, between animal meat and human culture, questioning in what spaces material objects serve as the markers of gender. This explains her intention to exhibit the piece around the building’s public bathrooms. The simplicity of the visual signs on the two doors—one figure wearing pants, the other a skirt—demonstrates, in a form very familiar to the viewer, the limitations that Cibelle seeks to undo. In the exhibit, Cibelle combines the format of presentation with the scene of a butcher’s shop, a clothing store and an art gallery, questioning the similarities and differences between them. Gender is not only a discussion of masculine and feminine, but about all of the divisions that we impose upon ourselves, in different ways, to organize our experience in and of the world. Cibelle inspires us to consider the divisions between different genres of art, and what makes the space of a museum and its multiple media and professional hierarchies reverberate oppositions and distinctions that vastly differ from the act of creation.