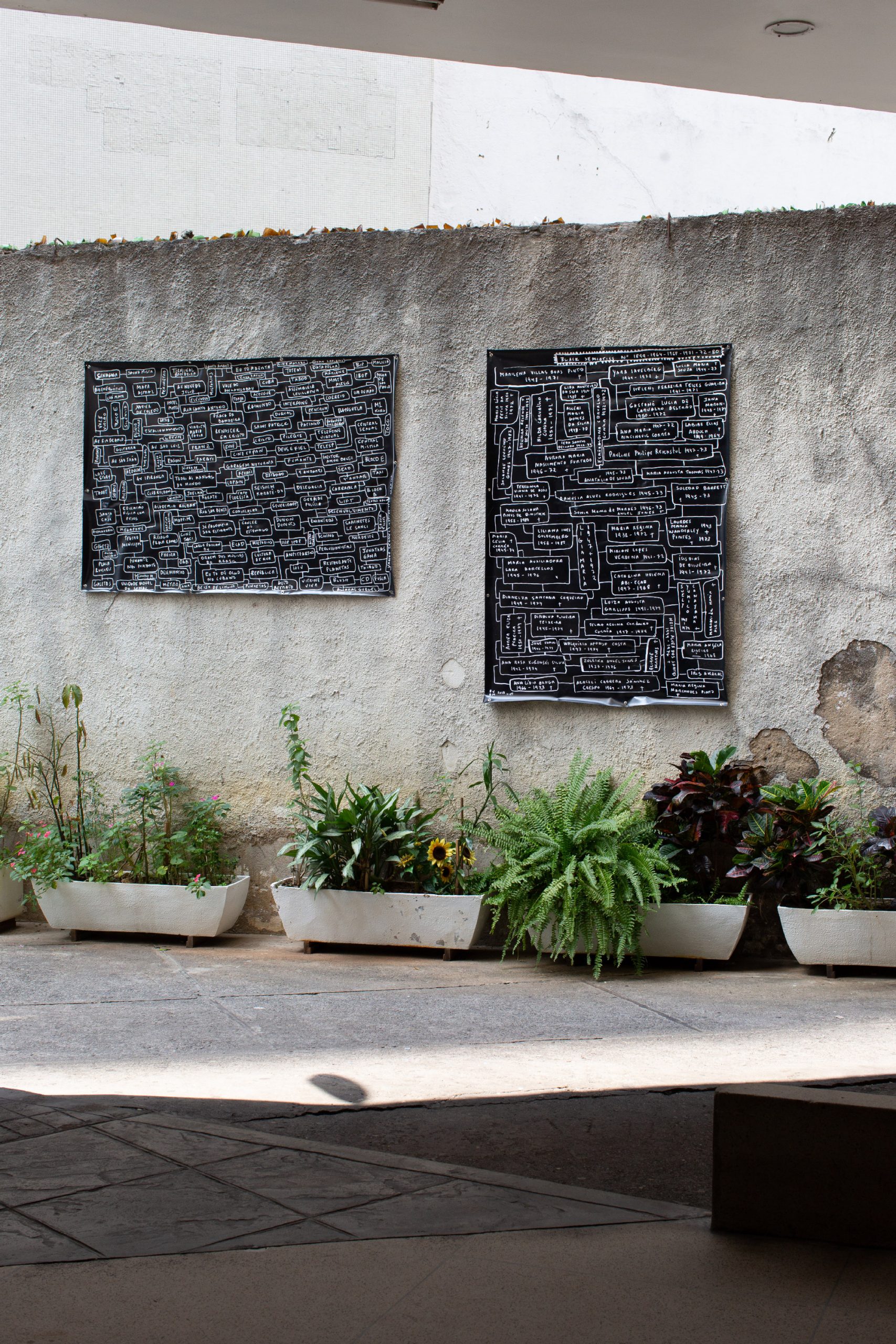 the 9 days on stage

Tetine is a duo of multimedia artists that works with music, video art, performance, and text. For the verso, they presented two new versions of the series entitled Black Semiotics, in which they create maps of meaning by connecting words, which were printed on banners and kites. Every morning in the world is a portrait of downtown São Paulo in the 1980s, prior to its gentrification. Wild is the wind/ All the women of the world features the full names of women murdered by the Brazilian military dictatorship, with their dates of birth and death. The banners were installed on the back wall of the lot, located on the private street that covers the Investimento, Copan, and Normandia buildings. During the exhibition the work All the women of the world suffered an act of misogyny and censorship by the Copan. We were in contact with the building’s administrator, Mr. Affonso de Oliveira during the exhibition’s entire production process, and had obtained authorization to install and carry out various works within the building, but when we asked for authorization to use the wall for the banners he sent us to the Investimento building, which granted us permission, aware of the work and its content. A few days after being installed, the two banners were removed by the Copan without any dialogue with the curators. The superintendent when challenged by the producer and one of the curators, a woman, said yes, it was content censorship, that he wanted nothing “related to ‘64” in his building, which, to quote him, “is my home and I do what I want,” and that there would be nothing political as long as he was managing this symbol of São Paulo. After this violent gesture, the Black Semiotics in the form of a kite (with the same contents) became an epilogue, a dispatch of the 3rd act. Alongside Casa 1, home to the louvre residency in 2018, we carried out the action of flying the kites in Roosevelt Square. An act to open the lungs. Ironically, a few months after the end of the 3rd act, the Copan’s administrator authorized the installation of a large mural illustrating a mermaid on the same wall where Tetine’s works had been censored. As Affonso reported in a Veja SP magazine piece, Derlon’s request to create a mural at the condominium was the first and only one he had received during his 26-year term at the building, and he was very satisfied with the work.

The essay “Daughters of the Air” written by Jéssica Varrichio and published in the Parse Journal n.13 – On the Question of Exhibition discusses the censorship of the work Black Semiotics and its implications.