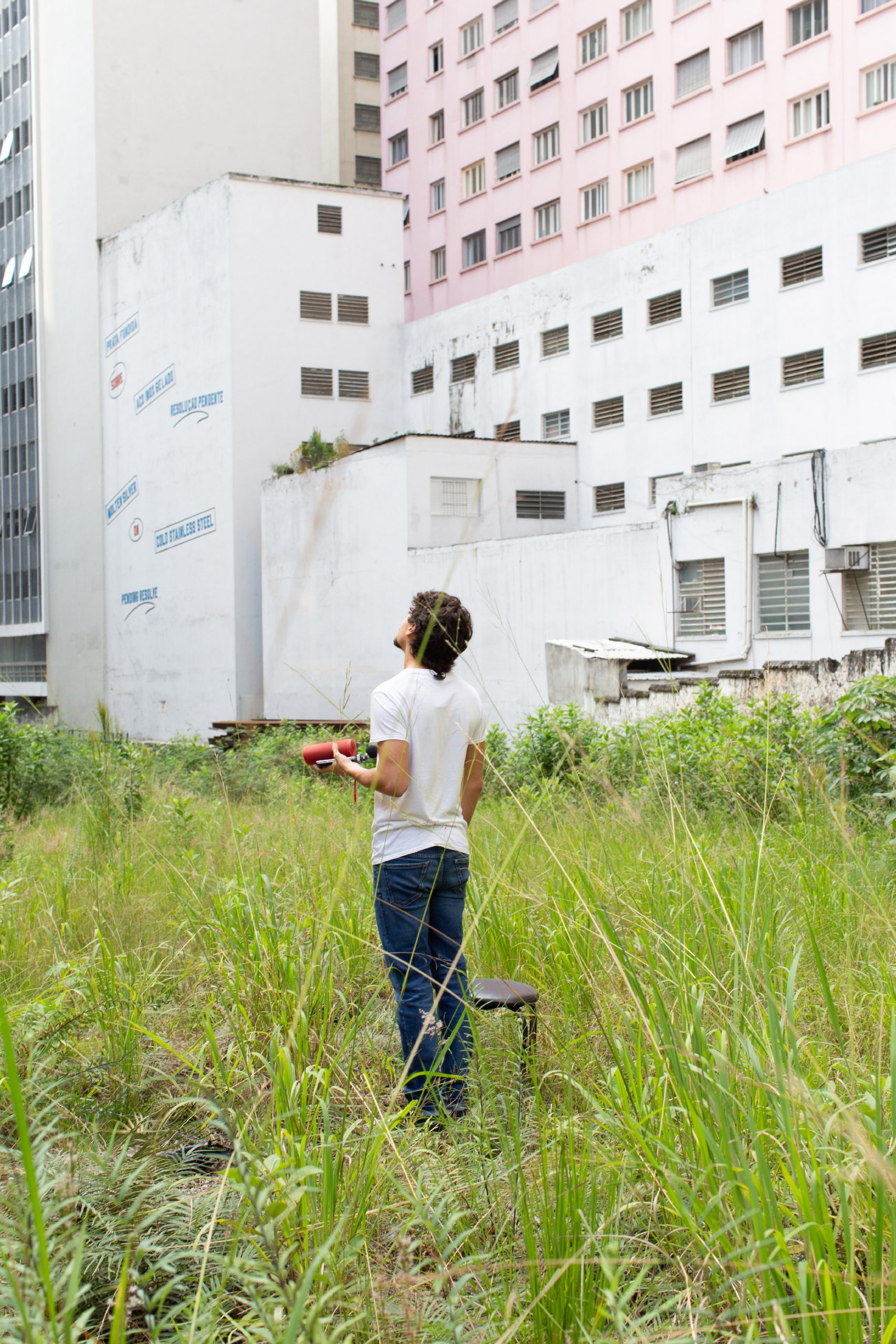 For several years, Ludovica Carbotta has worked from Monowe, a fictional city inhabited by a single resident. In this version of the project, the artist proposes a dramaturgy based on a conversation of this single inhabitant with themselves, materialized through a loudspeaker. The actor/performer carries their own voice on a technological device, though they do not recognize it. The public is taken, through the images contained within the text, to this dystopian world that is at the same time concrete and real. Monowe’s narrative echoes several contemporary situations that radically displace the urban experience as originally conceived, such as empty Chinese cities built for financial speculation; the profusion of apps, which make it possible to live without physical contact or, even, the way people speak to themselves in public spaces when they send and listen to WhatsApp audio recordings. For this edition, the piece was performed within the lot-as-coliseum, activating its function as an empty stage surrounded by monumental buildings. The text even questions what the museum would be like in this city, which establishes new connections of the work from its presence within the louvre.