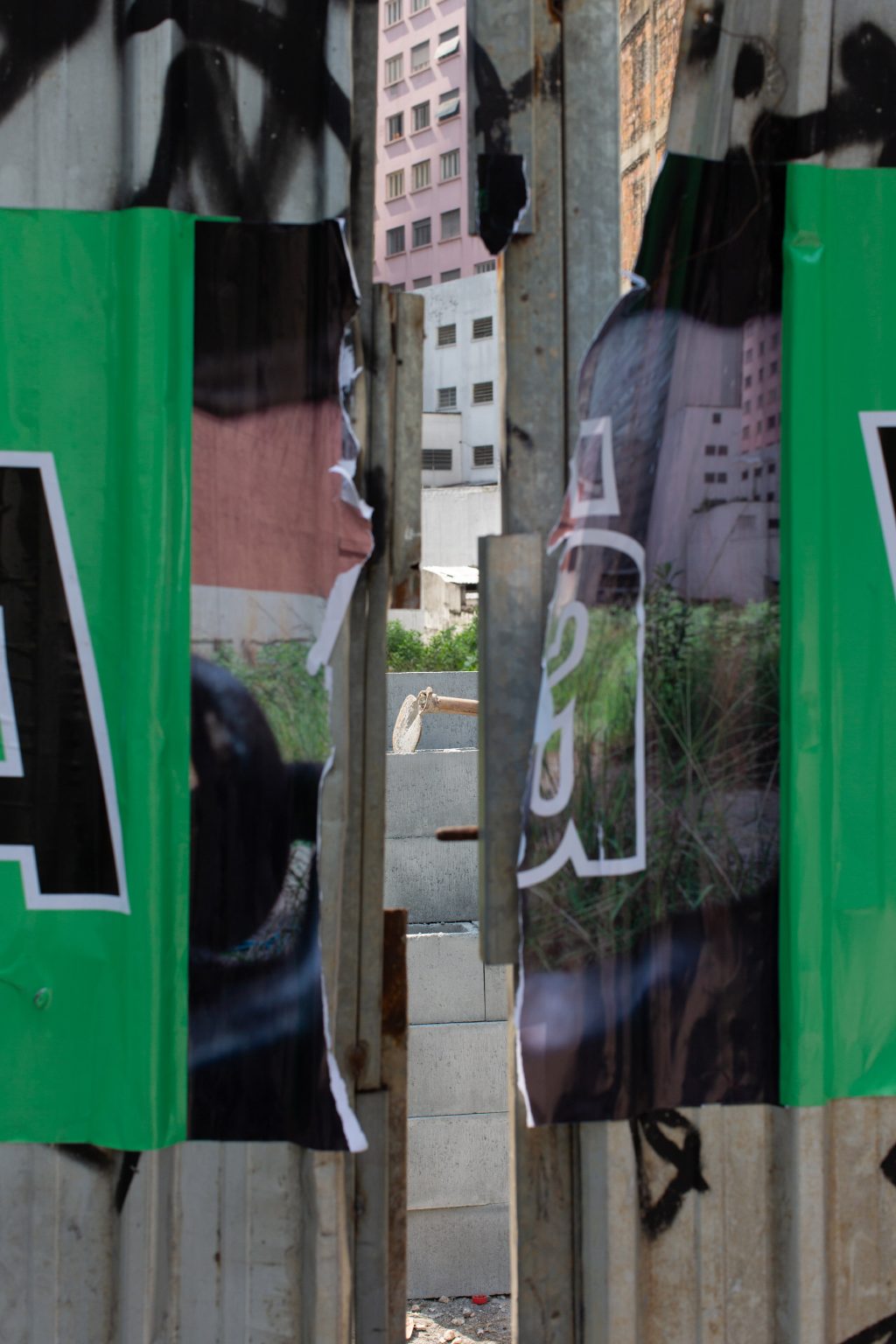 the 9 days on stage

The artist, creator of vast repertoire of installations and sculptures for public space, chose the entrance gate (or impediment) to the lot belonging to the University of São Paulo as the site for this work. A wheat paste poster with the words TERRA (à) VISTA [LAND (in) SIGHT] began to accompany the lot’s existing graffiti and a poster featuring the face of Jesus Christ. The work was on view during the exhibition’s 9 days, touching upon both the colonial imagery of navigations—when the expeditions caught sight of new territory after a long journey on the high seas—as well as in real estate speculation, directed especially at the land in question, for sale on USP’s website. The posters’ lettering was in black on a green background, except for the “à,” which was filled in by a photo revealing the lot through a keyhole—possibly referring to the work Étant donnés (1946-1966) by Marcel Duchamp (1887-1968). The university keeps its properties well supervised by a fleet of security guards who make the rounds to ensure that the lot remains as it is; after a night watch the work was found to be lacking its “à” and the photo that revealed the property. Belém’s work also formed a kind of diptych with Black Semiotics by Tetine, on display in the 3rd act, which was installed on the back wall of the property. Together, these works reveal both the extension of the land and the size of the stage that is hidden between the Louvre, Copan and São Luiz Plaza buildings. On April 23, as soon as the 3rd act came to a close, the construction of a brick wall surrounded by barbed wire began, with the technical accompaniment of a responsible architect and a team large enough to ensure that it was ready in one week. This very crew dismantled Belém’s work, and the intact VENDE [FOR SALE] plaque was reinstalled in its previous position.